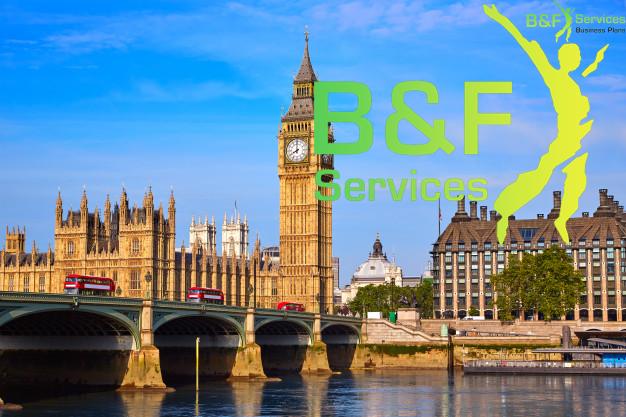 Business activity
In 2018, there were 5.7 million private sector businesses in the The UK Business, down by 27,000 compared to 2017. This is the first year on year fall in the number of businesses since the current series started in 2000. In 2018, there were 2.2 million more businesses than in 2000, an increase of 63% over the whole period. The proportion of businesses with employees has fallen since 2000 from around a third, to around a quarter. This decline in the number of employers as a proportion of all businesses is due to the growth in self-employment.
In 2018, there were 1 million private sector business in the UK. Unlike the UK, in the London there is slight ascending slop while the growth rate slowed from 2014.

Read More  Consulting in the UK

In 2017, the largest number of business births occurred in London (92,000) making the London the most notable place in UK to starting business.
The largest number of business deaths also occurred in London (86,000). Business deaths outnumbered business births in four regions in 2017 – Yorkshire and Humberside, the East Midlands, the East of England and the South West. In all regions, the business death rate was between 8% (Northern Ireland) and 14% (London). The business birth rate was mainly between 11% and 14%. The North West was an outlier with a birth rate of 16%.

Marketing Trends
With limited time and resources, marketing remains a challenge on Main Street.
You may want to improve your marketing, but the running the business will always take priority. In the future small businesses must make marketing a priority to stand out and grow their customer base.
Here’s a look at five of the most important marketing trends:

Voice Demands Greater Attention
As consumers increasingly turn to voice search, small businesses must understand how to get their businesses found. According to ComScore, 50% of all searches will be voice searches by 2020.
Here’s some other insight as you prepare your small business for the boom in voice.

A Stronger Focus on Social Media
In 2018, 92% of small businesses invested more time and money in at least one social media platform, according to a survey by The Manifest. The year ahead builds on this groundwork. Social media presents great potential for small businesses to engage their audience in new and meaningful ways. Watch for Instagram to especially grow in the coming year. Ad revenues for the social media site are projected to triple to $11 billion in 2019, according to Forbes.

Content Marketing Grows in Importance
Most (80%) of small businesses don’t invest in content marketing, according to research from Clutch. However, great content marketing can be the best source of high-quality leads, according to HubSpot. In 2019, small businesses can win by approaching content with a multimedia mindset. If you don’t have a blog that adds customer value, you’re missing out. See what works with your audience and refine your strategy as you go.

Location-Based Marketing Takes Off
Main Street has a huge opportunity in 2019 to hone in on specific audiences using location-based marketing. Nearly two-thirds of marketers use location data for targeting promotions, according to Factual, and more than eight in 10 marketers say location-based marketing helped them grow their customer base.
Statista data reveals that this year, 242 million people accessed location-based services on their mobile devices, up from 220 million in the previous year.
Small businesses can succeed in the coming year by taking advantage of the growth of geo-location.

The Cloud Expands
If your small business hasn’t yet adopted cloud technologies, 2019 is the year to make the move. Deloitte research shows that small businesses using cloud services grow 26% faster than those who don’t. These companies also bring in substantially more profits.
Explore the tools that could work for your small business, such as cloud-based phone systems. You could end up saving time and money every day while running your business more efficiently.

Food Trends
Brits’ are adapting their eating schedules around increasingly busy lifestyles. “Fourth meal” is going to be big in near future. This means that if dinner is particularly early one evening, we might squeeze in a fourth meal before bedtime or, if we are planning a big workout after work, a mid-afternoon salad will give us the energy to hit the gym. Another big trend is increase demand for plant proteins.
With people leading busy lifestyles, squeezing in another meal is already becoming a big trend. If someone wants to eat at night, perhaps after socializing, a late-night restaurant, cafe, or deli would satisfy any cravings
people are paying more attention to what they’re eating, so businesses exploring healthy alternatives to staple foods are on the rise.

London
According to recent studies in 2018, London is the England’s most attractive city to live and work in and still one the best cities in the UK coming a close second to Edinburgh overall.
London has good access to education and strong levels of business activity and when it comes to earning, employees there making £697 on average per week but on another hand, London is very expensive city to live in. London boasts the highest costs in housing and office costs in the UK.
London has been deemed the business capital of Europe and it is the most influential city in the world, beating the likes of New York, Paris and Singapore.
The capital offers 47 universities; access to tons of financial investments; a host of co-working spaces designed for startups to ease the cost of rents; and the networking opportunities that come with being right in the thick of it.
London attracts the most funding, even when weighted by population
Another key factor in London’s offering is its continued capital injection, with the capital seeing nearly $10bn of VC investment since 2010. Such financial support, coupled with a booming tech market, as well as improvements in infrastructure, is making London the hottest locations in Europe for starting a business. The existence of these so many investments companies in London is big help to owners of startups and small businesses.
You have the five Cs: costs, capital, clients, competitors and conditions. The only thing London is not so good with is costs. It is an extremely expensive city in terms of property.