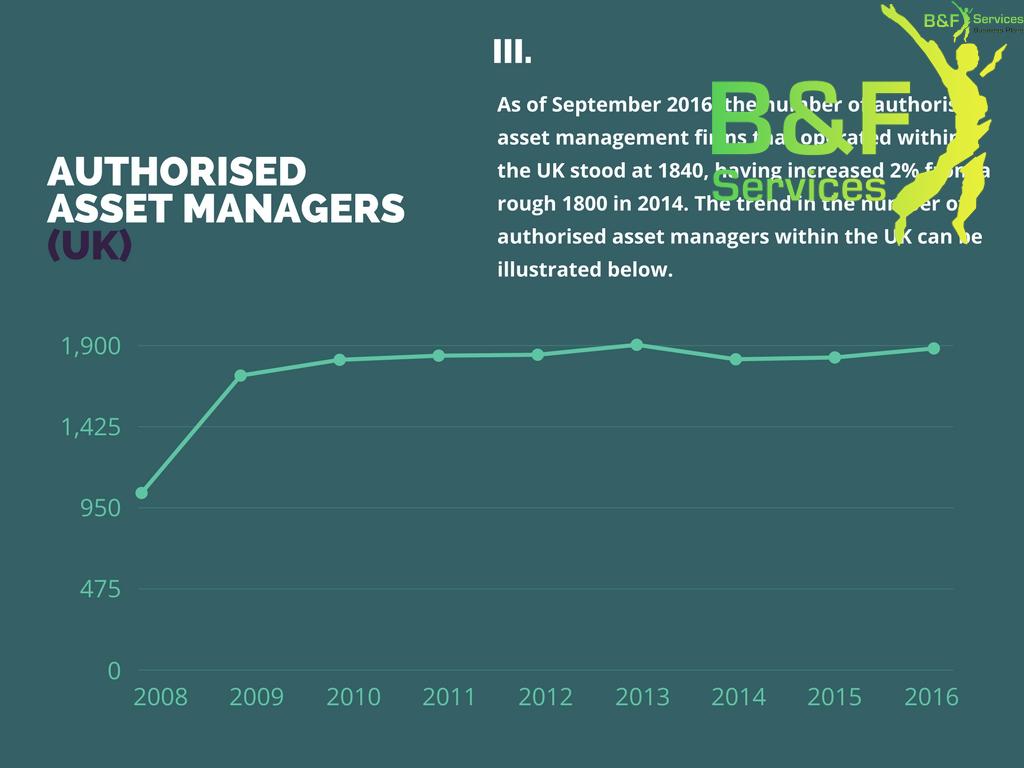 As of 2014, classified to the IA sectors, there were an additional 104 newly introduced funds that generated an additional £60 billion in sales and investment over the period of that year. In the following year 2015, an additional 175 new funds were introduced into the UK asset management sector. Within these newly introduced funds, it is evidenced by the FCA, that equities are predominantly the most common asset class. It is still suggested by the FCA that the asset management sector will continue to grow, not only in terms of AUM but also in terms of net inflow into funds.

The top 10 asset managers have under their management around 47% of the total market’s assets under management. This has remained a fairly constant phenomenon since the early 1990’s, although the top 10 asset managers have changed over time. However, it is shown that this market share can vary dependent upon the subsector that is being referred to. For example, within the sector of liability driven mandates (LDM), the top three asset management firms would account for a rough 90% of the speculative value of assets under management.
The market for pooled investment mandates, although being less concentrated than LDM’s, would still account for 75% concentration across the top three asset managers.

Based off of the most recent data acquired by the FCA the UK, as of the end of 2014, hit an all-time record with a recorded £6.8trillion in assets under management in the UK fund industry, of which £5.7 trillion was managed by Investment Association members.

Read More  The best business ideas you should start in 2019

Howeve , TheCityUK estimates that funds managed in the UK increased by between 4% and 5% in the first half of 2015 to around £7.1 trillion, with the full year increase likely to have reached over 9%. This makes the UK the second largest global center for fund management, falling behind the USA, with 6.6% of the total global assets under management.