Will Budget 2021 Make or Break Your Business? 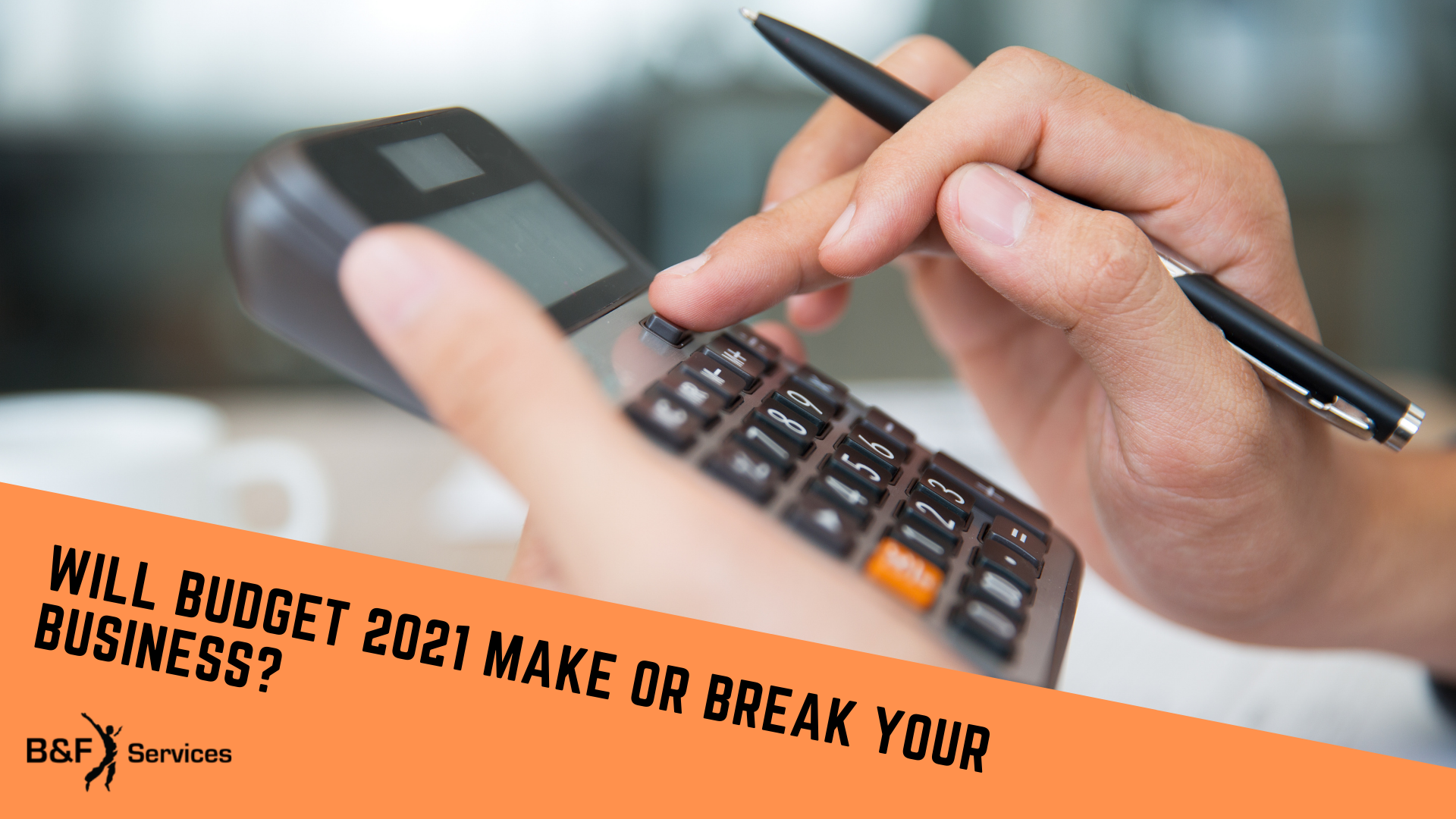 During the past year, COVID-19 has impacted everyone's lives, and it will most definitely take a couple of years for humanity to return to what was once perceived as normality. The same can be said for the British economy which has taken a dramatic hit as a result of COVID too, with the total of COVID-19 spending topping £400bn, the economy shrinking by 10% & borrowing at its highest since outside of wartime. According to Sunak “the budget deficit will be £335bn this year, or 17% of GDP-” additionally he says without the right action borrowing will continue at an exponential rate, leaving underlying debt rising indefinitely. This might leave you questioning how the government plans on reviving the economy from such severe damage and how this will impact you and the functionality of your business and employees.

Sunak has made a plethora of changes to the 2021 budget in order to fix the public finances. By the looks of it and according to him he is taking a “fair” approach to do this. Here are just a few amendments the chancellor has made within the Budget; stamp duty holiday has been extended for a further three months until February, the threshold at which people start to pay income tax or move into a new bracket will be frozen, alcohol and fuel duty rises have been scrapped and a £20 a week increase on universal credit will continue for the next 6 months.

The Chancellor’s desired outcome from the 2021 Budget according to him is for people to be able to “level up” however, will Budget 2021 help your business-level up or crumble? Let's look at the changes made.

Corporation Tax - there will be an increase in corporation tax paid on company profits, it will increase to 25% from 19% in April 2023 but small businesses with profits of £50,000 or less will continue to be taxed at 19% and only companies making profits of £250,000 will be taxed the full 25%.

VAT and business rates cut - A VAT cut for the hospitality and tourism industries will be extended for six months until the 30th of September. The Chancellor said 150,000 businesses employing 2.4 million people “need our support” to protect jobs as the coronavirus restrictions are eased.

Freeports - Eight English ports will be granted controversial tax breaks “unlock billions of pounds of private sector investment”.The scheme is hugely controversial because it allows goods to be imported temporarily without tariffs, excise duties and other taxes being paid – before the goods are shipped on again.

Isas - The annual tax-free threshold will remain at £20,000 and for individual savings accounts (Isas) and £9,000 for junior Isas.

According to the 2021 Budget, it's clear that business will likely be impacted if they are a larger business in the forms of paying higher tax however, smaller businesses don’t seem to bear the brunt of this as many have suffered immensely during this pandemic and higher taxes for those businesses would only add salt to the wound. This is something the Chancellor is aware of and has expressed his aim of ‘levelling up’ businesses by making certain changes to the Budget so that there is an even playing field.


Here are Some Ways the Budget Supports Businesses:

Furlough - Employees will continue to receive 80% of their pay, after July employers must pay 10% of that and in August 20%.

Restart Grants -  £5 Billion towards a one-off cash grant of up to £18,000 for hospitality, accommodation, leisure, personal care and gym businesses.

Contactless Budget - Legally changing the contactless limit from £45 to £100- making it easier for people to pay for their shopping which will provide a boost to the retail sector.

Recovery Loan Scheme -  The previous schemes had seen almost 1.6 million approved facilities lending almost £74 billion to businesses to support them through the pandemic. This new scheme will offer businesses of any size continued access to loans and other types of finance up to £10 million per business to help them recover and grow following the disruption of the pandemic.

What about the Self Employed

While Sunak has extended support schemes for example the SEISS was extended meaning those who’ve suffered a fall in turnover of more than 30% will be eligible for 80% of average monthly profits (up to £7,500). However, there is still no support for millions of self-employed people such as freelancers, limited company directors and the self-employed with more than 50,000 in trading profits. It seems alongside NHS workers the Chancellor has failed to consider many self-employed people within Budget 2021 so far.

So What Does All of This Mean for You?

It seems the ultimate goal for the government is to reduce the countries GDP, so whilst the Chancellor has put forward a myriad of Loan, Grant Schemes and has extended different payment plans, he doesn’t have the foresight to predict how public spending has been impacted by the pandemic, and how this will impact different industries financially. Will the public be willing to spend an extra £50 on their contactless payments or has the nation become more frugal? How will the Chancellor encourage spending with customers? Without customer spending how will businesses level up? Will these Loans truly help businesses or are they a way of making businesses pay for government spending in the long run?